In 2012, a Raleigh North Carolina police officer visited a Starbucks and received a free coffee from the store. After receiving the coffee from the store employee, the lid apparently popped off the cup and the cup collapsed to the floor. The coffee spilled on the officer, who suffered burns from the hot coffee. The officer apparently tried to pour cold water on the burn, but the pain only intensified.

Following the accident, the officer sued Starbucks for compensation relating to his injuries suffered from the hot coffee. According to the lawsuit, the officer claimed that Starbucks delivered coffee that failed to conform with its own security policy, due to its unsecured lid and lack of a paper sleeve. The officer claimed that he suffered significant burns and that the coffee intensified his Crohn’s disease resulting in surgery to remove part of his intestine. 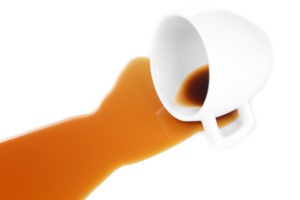 Recently, a jury found that Starbucks was not liable for the injuries the officer suffered. Starbucks argued that it was not negligent, and therefore, the company was not liable for the officer’s injuries. At trial, an attorney for Starbucks argued that “Starbucks served a product the way they always do and it did what it was supposed to do; it was a good cup of coffee. If the dots don’t connect and you don’t have the cause and effect relationship between what Starbucks did or didn’t do and what actually happened to Mr. Kohr, then they haven’t met their burden.”
The jury found by a majority vote, instead of unanimous decision, that Starbucks was not negligent. The officer had been seeking compensation of $750,000. The officer’s spouse also joined the lawsuit claiming “a loss of a source of emotional support, her social companion and her intimate partner.”

If you suffer an injury and believe that another person may be liable for your injuries, it is important to understand your legal rights. Under the law, in order to hold another person liable, one must establish that the other person was negligent. Generally, this means that the following elements must exist:

As evidenced in the Starbucks case, the officer was not able to establish each of these elements. And therefore, the officer could not recover compensation for his injuries.

If you or someone you know has suffered an injury as a result of another person’s conduct, a South Carolina personal injury attorney can help you understand your rights. David R. Price, Jr. has experience helping injured victims obtain compensation in a variety of personal injury lawsuits, including motor vehicle collisions and work accidents, premises liability, dog bites, and nursing home negligence.
Contact David R. Price, Jr. for a free initial consultation and case evaluation. You can call us today at 864.271.2636 or visit our office at 318 West Stone Avenue in Greenville. ​​