What is a Preliminary Hearing?

Homepage » Blog » What is a Preliminary Hearing? 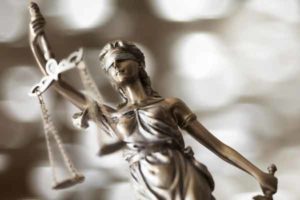 What is a Preliminary Hearing?

Every person in the State of South Carolina accused of violating the law and charged with an offense triable in General Sessions Court is entitled to a preliminary hearing to determine whether, at the time of the accused’s arrest, there existed sufficient evidence to justify the arrest.  If the magistrate or municipal judge presiding over the preliminary hearing determines that there was not probable cause to justify the arrest, then he or she will dismiss the charge.  On the other hand, if the magistrate determines that there was probable cause, then the case will be “bound over” and prosecuted in General Sessions.

Do I have a Constitutional Right to a Preliminary Hearing?

South Carolina Code Section 22-5-320 outlines the rights and responsibilities of both the magistrate’s court and the accused as they relate to preliminary hearings.  Section 22-5-320 reads “[a]ny magistrate who issues a warrant charging a crime beyond his jurisdiction shall grant and hold a preliminary hearing of it upon the demand in writing of the defendant made within twenty days of the hearing to set bond for such charge.”

What Happens During the Preliminary Hearing?

The preliminary hearing is not a trial.  It is an accused’s opportunity to hear the evidence upon which the magistrate who issued his arrest warrant relied when issuing the warrant.  The hearing is presided over by a magistrate or municipal court judge.  The hearing begins when the prosecution puts the case caption on the record and calls its witness or witnesses to testify.  Most often, the prosecution will only call the investigating law enforcement officer.  Because the evidentiary rules are relaxed during the preliminary hearing, the court permits hearsay testimony, and so victims seldom testify.

The prosecution must establish each and every element of the offense, including jurisdiction, during the preliminary hearing.  If an element is not established, then the case will be dismissed.  For example: If a person is charged with burglary in the first degree for unlawfully entering a dwelling at night with the intent to steal from it, and the prosecution fails to establish that the crime occurred at night, then the case would be dismissed for lack of probable cause or reduced to a lesser-included offense.

The defense does not have the right to call any witnesses to rebut the prosecution’s case.

After the prosecution calls its last witness, the defense has the opportunity to make a motion for either dismissal or reduction of the charge based on a lack of probable cause.  If the prosecution fails to establish an element of the offense or the evidence is particularly weak, then the judge can refuse to bind the case over for prosecution in General Sessions.

If my Charge is Dismissed at my Preliminary Hearing is it Gone for Good?

Not necessarily.  If a charge is dismissed at a preliminary hearing, then the prosecution has the option of instituting another prosecution for the same offense.  This can be accomplished in one of two ways:

Second, the prosecution can request law enforcement to further investigate the case, look for more evidence, and if more evidence can be found, re-apply for warrants.  This situation occurs very infrequently as many law enforcement agencies are already strained for budgets and manpower.  Many agencies find that the prospect of re-investigating a meth possession or domestic violence case is untenable.

Should I Request a Preliminary Hearing?

You should absolutely request a preliminary hearing.  Even if you later decide not to attend, your hearing will merely be deemed to have been waived, your charge bound over, and your position is not affected.

Should I go to my Preliminary Hearing?

Do I need to Hire an Attorney before my Preliminary Hearing?

You absolutely need to hire an attorney before you attend your preliminary hearing.

First and foremost, your attorney will know what questions to ask the investigating officer while he or she is on the stand, how to take advantage of the prosecutor’s failure to elicit specific facts, and whether to move to have your case dismissed for lack of probable cause.

Even if your case is not dismissed at the preliminary hearing, if your attorney can cross examine the prosecution’s primary witness and underscore to the prosecution the weakness of its case, then your attorney might be able to facilitate a dismissal or generous plea offer.

In addition, without an attorney, you run the risk of harming your case during the preliminary hearing by saying something that could later be used against you.  To ensure that you do not otherwise implicate yourself or undercut your defense, you need an attorney to manage to cross examination of witnesses and subsequent motions during your preliminary hearing.

The attorneys at David R. Price, Jr., P.A., are skilled in all aspects of the criminal justice process and will help you navigate your case from the preliminary hearing through the final disposition of your charge.  If you find yourself in a position where you have an upcoming preliminary hearing and are worried about representing yourself at that hearing, then please contact our office, and we will assist you at the preliminary hearing and at all subsequent hearings, court appearances, and trial.  Your decision to hire a good attorney is one you will not regret.